The Ministry of History builds new insights into Vietnamese history 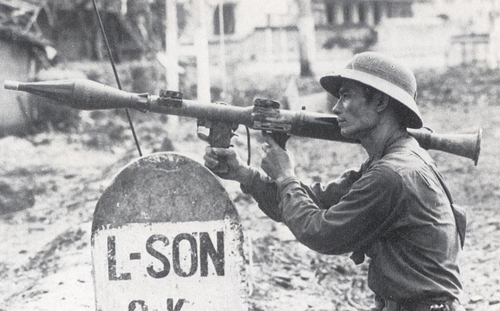 More than 300 leading historians from across the country took part in the "National History" series.

About 300 scientists, including leading national history experts from antiquity to modern, are involved in the project; History of the Party, Revolution, Military, Security, Culture, Archeology …

According to Mr. Cuong, the Ministry of National History aims to build a new awareness of the whole and exhaustive Vietnamese history; as the leader of the party and the state agreed in 2014. Mr. Phan Hue Le (editor-in-chief of national history) insisted on writing a comprehensive, comprehensive and objective writing. This is why it is the most mass story ever, the first one to mention many "historical flaws" that are considered "sensitive" as agricultural reform, humanities – periods, wealth. creating a private business capitalist business in the north, improving the bourgeoisie south after 1975.

Notice of Progress in Creating a Vietnamese EncyclopediaProf. Nguyen Quang Tuan, Deputy Chairman of the Council, led the compilation, said this type of synthesis, a large scale, reflecting the achievements and knowledge of the past and present of mankind and Vietnam. The encyclopedia consists of 37 episodes, with more than 70 specialties in social sciences, humanities, arts, nature, technology, technology … When officially drawn, there will be 5,000-6,000 Scientist participating in 10 years.

Professor Nguyen Kim Son, director of the National University of Hanoi, Set of National Geographic Data in Vietnam (National editions) will copy all areas of the country and 63 settlements. In addition to books, national newspapers will publish in digital form and will update and complement regularly.

The National University of Hanoi is being prepared project for translation of Oriental classics, in the near future is the geography of Buddhism. Capital for implementation of the project through socialization.

Deputy Minister of Science and Technology Bui The Duy said: a scheme of a digital Vietnamese knowledge system is performed by refreshment. The aim of the project is to "share knowledge – creative mood – to connect the community – to the future of Vietnam". The project will disseminate knowledge in all areas, above all to support education and training, innovation and areas directly related to people's lives, such as law, health and technology. manufacturing …

During the meeting, Deputy Prime Minister Wu Duke said that the above five projects have inherited the tradition of a thousand-year history of the nation, 30 years of renewal so far. He expects more scientists to participate in the projects.

"These are very practical and significant projects for the present and the future if we do them well," the Deputy Prime Minister stressed.