Being fat increases your child's risk of asthma by 30 percent 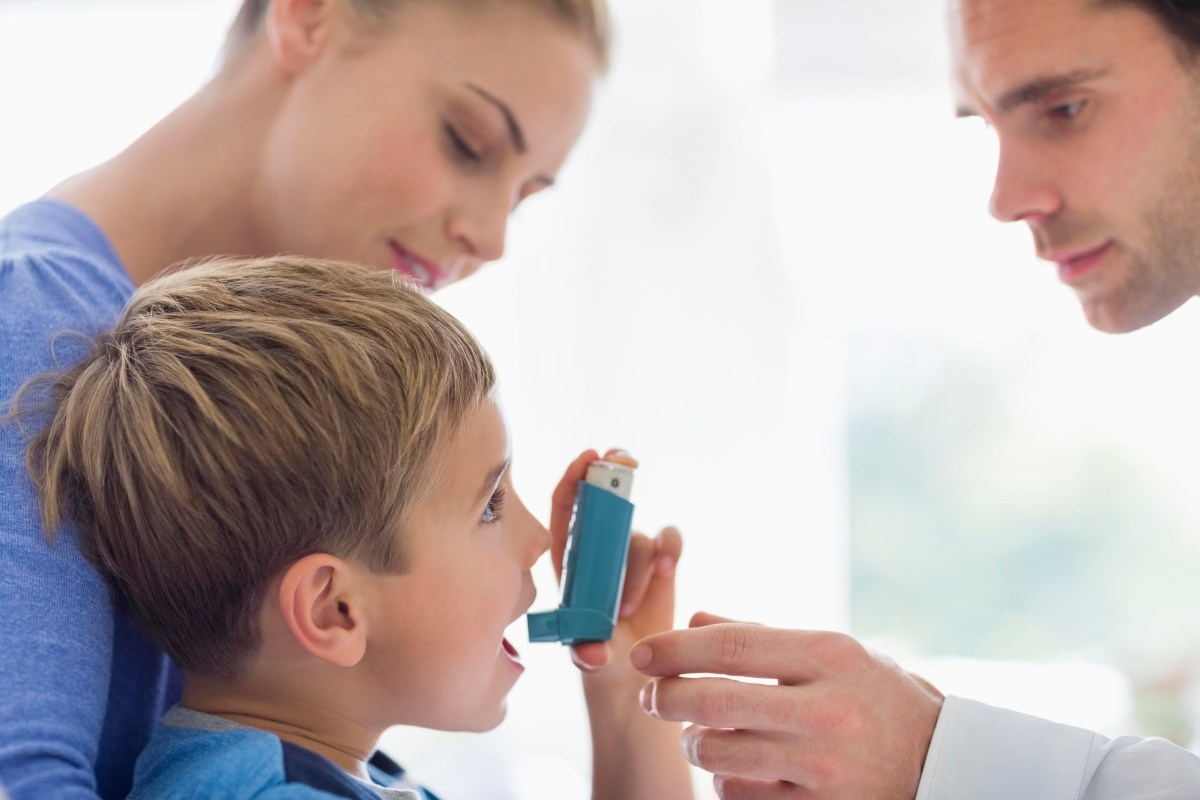 As many as one in these asthma cases is caused by being overweight, experts say – and the obesity crisis may only make figures worse.

A tenth of asthmatic kids could avoid symptoms of respiratory condition if they lost weight.

About one in four British children are overweight or obese while one in 11 is asthmatic.

Lead author Dr Jason Lang, associate professor of pediatrics at Duke University, said: "Asthma is the number one chronic disease in children and some of the causes such as genetics and viral infections during childhood are things we can not prevent

"Obesity may be the only risk factor for childhood asthma that could be preventable.

"This is another piece of evidence that keeping kids active and at a healthy weight is important."

Dr Lang and his colleagues analyzed the medical records of 507,496 US children from over 19 million doctor's visits.

Those classified as having asthma had been diagnosed at two or more doctor's appointments and had also received a prescription for the condition, such as an inhalator.

Tests of their lung function also confirmed that they had the disease.

Children classified as obese – those with a body mass index (BMI) in the 95th percentile or above for their age and sex – have a 30 percent increased risk of developing asthma than peers of a healthy weight.

Children who were classified as overweight – with a BMI in the top 85th percentiles – were 17 percent more likely to develop asthma.

It is not known exactly why risk is increased, but experts believe that children's lungs and airways may develop differently when they are obese or overweight.

Obesity may also increase inflammatory markers in the body, which has been linked to asthma.

Asthma affects people of all ages and often begins in childhood, although it may also appear for the first time in adults.

It is caused by inflammation of the breathing tubes that carry air in and out of the lungs.

This inflammation makes the breathing tubes highly sensitive, so they temporarily become narrow.

This may occur randomly, or after exposure to a trigger like dust, pollen, smoke and even exercise.

The main symptoms include

Symptoms can sometimes get temporarily worse, this is known as an asthma attack.

There is no known cure for asthma but the symptoms can be managed with a number of treatments.

Most asthma treatments are taken using an inhaler, and a small device that delivers a spray or powder medicine to your breathing tubes as you breathe in.

The main treatments are:

Dr Terri Finkel, from Nemours Children's Hospital in Orlando, said: "Pediatric asthma is one of the most prevalent childhood conditions and comes at a high cost to patients, families and the greater health system.

"There are few preventable risk factors to reduce the incidence of asthma, but our data show that reducing the onset of childhood obesity could significantly reduce the public health burden of asthma.

"Addressing childhood obesity should be a priority to help improve the quality of life of children and help reduce pediatric asthma.

"This is the first study of its kind, looking at obesity and the risk of developing asthma entirely in a pediatric population, and is made possible through PEDSnet data collaboration."

Lead author Profang Lang added more experiments are needed to prove overweight and obesity directly cause changes that lead to asthma because scientists do not fully understand how or why this would occur.

CAN NOT TERR HIM AWAY

Terry rubbishes retirement rumors as he enjoys a summer holiday

Dr Samantha Walker, director of research and policy at Asthma UK, said: "Obesity is a barrier to good health and this study shows that as well as causing heart conditions and diabetes, it could cause asthma in children too.

"Asthma is a life-long condition that affects an estimated 1.1 million children in the UK, leaving them gasping for breath and at risk of dying from an asthma attack.

"Every child should have the chance to a healthy life that is free from asthma, which is why it's vital that obesity is tackled and children are encouraged to exercise.

"Children who have already asthma should not be frightened to exercise because of their condition.

"Parents concerned about their children's asthma health should ensure that their child takes their medications as prescribed, follow a written asthma action plan and attend an annual review with a GP or asthma nurse. "

The study was published in the journal Pediatrics.