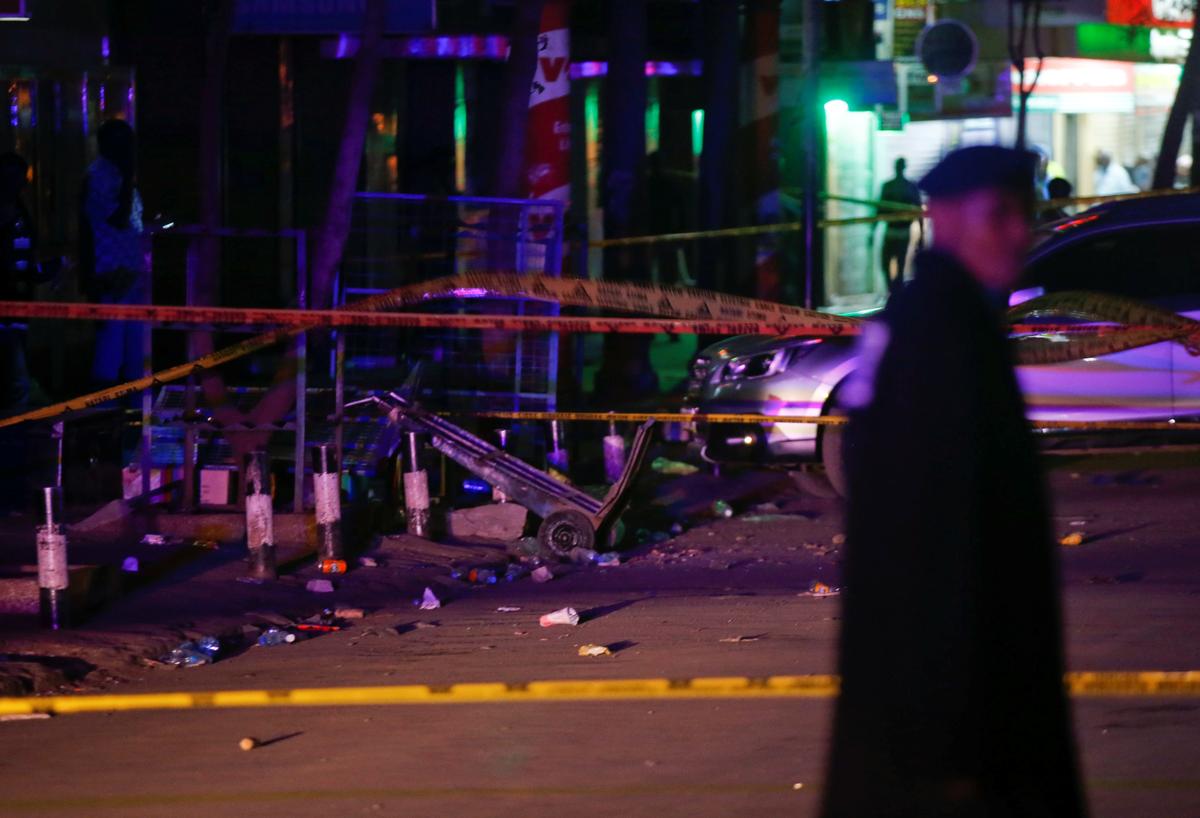 Security forces attend the scene of a blast near a cinema in downtown Nairobi, Kenya January 26, 2019. REUTERS / Baz Ratner

NAIROBI (Reuters) – A blast near a cinema in the center of Kenya's capital injured two people on Saturday and police said they suspected it was a homemade bomb. There was no immediate claim of responsibility.

The incident comes less than two weeks after Islamic militants stormed an upscale hotel in Nairobi, killing 21. That attack was claimed by al Shabaab, and Somali militant group behind a series of attacks in Kenya in recent years.

A man of Somali appearance had hired a porter to push some luggage at around 7 pm (1600 GMT) before leaving the porter at a busy junction saying he had to find his identity card, Ndolo said, adding that the luggage then exploded, injuring the porter and a nearby newspaper vendor.

A Reuters reporter at the scene said there was no major damage to the surrounding shops. The police have set up a security cordon in the area.

"It was a very big sharp explosion that made everyone run away," said security guard Appolonary Odero, who was in the area.