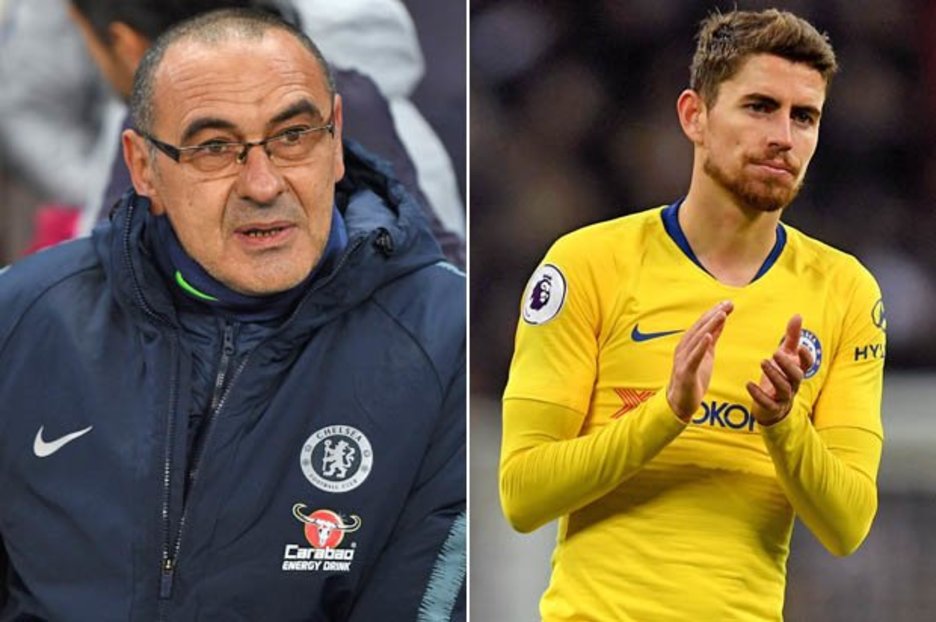 The Blues lost for the first time in a competitive match under Maurizio Sarri on Saturday.

And Tottenham certainly exposed their London rivals' weaknesses at Wembley as they ran out 3-1 winners.

Spurs subsequently leapfrogged Chelsea in the table into third place, leaving Sarri's side just ahead of Arsenal in fifth.

In defeat to Tottenham, Jorginho was marked out of the game by Dele Alli, and Eden Hazard was also kept quiet despite a loud penalty claim in the first half.

Chelsea has dropped away from the title chasers Manchester City and Liverpool.

But Neville is quick to point out their first loss in more than three months playing under Sarri is not a disaster.

And finish in the top four for Chelsea, off the back of a season without Champions League football, would be a success still. 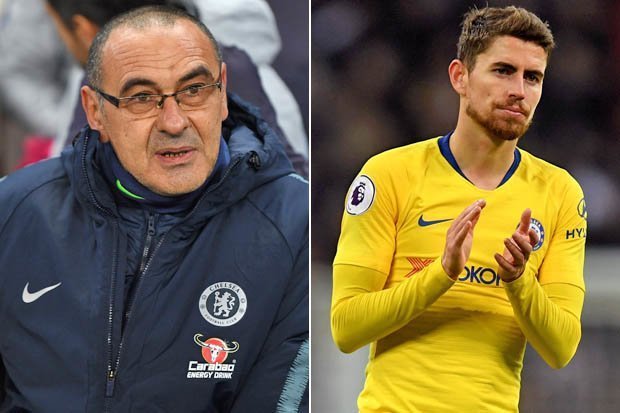 "It was interesting watching Chelsea," Neville told Sky Sports. "They're a great team to watch, Tottenham, when it's like that for them.

"When you have Harry Kane as a focal point, and then you have those players – Dele Alli, Christian Eriksen and Heung-Min Son around them – you have not got a clue where they're going to turn up next. The energy in the team, the runs ahead, it just knits.

"For Chelsea, even though they were not anywhere near their best, they came up against a Tottenham team who was at it. We know the rivalry between these two is great and there was not a lot of love lost.

"I watched Chelsea at West Ham for the first time a few weeks ago and I did not get the feeling I was watching a team who was about to challenge for the title.

"I got the feeling I was watching a team that was better than last year, playing a good style of football, but not at Liverpool or Man City's level.

"They're doing a good job and what I saw about Liverpool at Stamford Bridge, I thought Liverpool were better.

"When Man Utd played at Stamford Bridge, there were signs and at West Ham away plus last night, there are some examples that Chelsea are not quite at a Premier League title-winning level.

"But no-one expected of them, and where they are at the moment, and top-four finish would be good for them.

"It's a challenge for Maurizio Sarri and it's a challenge for Chelsea. People will not let Jorginho have 1,000 passes and match, they will get players in and around him. Once you break the rhythm of a team that relies on rhythm, you've broken them. "

Up next for Chelsea is another London derby and Fulham visit Stamford Bridge on Sunday (12pm).