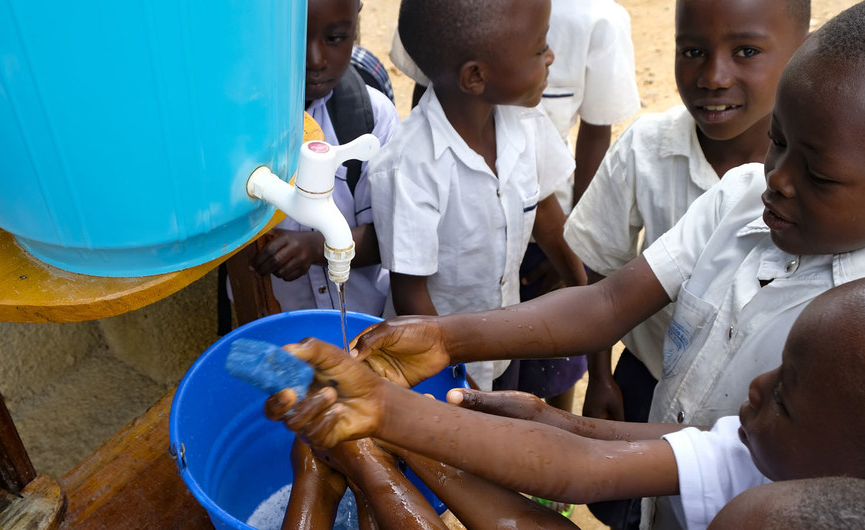 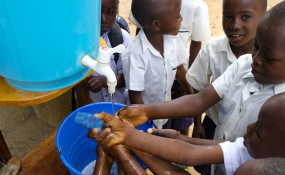 Learning that hand washing is one of the best ways to protect yourself against Ebola, school children in Beni, DR Congo visit UNICEF handwashing centers in their schools.

By the UN News Center

While new measures to tackle the Ebola outbreak in the Democratic Republic of the Congo (DRC) are working, the epidemic remains dangerous and unpredictable, the United Nations said on Thursday.

In a joint mission to the center of the outbreak, around the town of Beni near the Ugandan border, Tedros Adhanom Ghebreyesus, Director General of the World Health Organization (WHO) and UN Peacekeeper leader Jean-Pierre Lacroix, spent Wednesday seeing conditions on the ground for themselves, together with Health Minister Oly Ilunga Kalenga. They met with local officials, health workers, civil society leaders and peacekeepers.

Since the outbreak began in August, there have been 308 cases and 191 deaths, about half of them in Beni, which has a population of around 800,000.

Although several attacks continued in the surrounding villages, the UN Stabilization Mission there, MONUSCO, has taken an active approach in recent weeks to quell armed group activities in the North Kivu area, and protect Beni from conflict.

"Although this has contributed to the decline in new cases over the past two weeks, the situation remains a serious concern," the WHO said in a press statement. Under the leadership of the Ministry of Health, WHO and partners use community supervision in areas that are difficult for outsiders to navigate, allowing workers to track contacts from anyone who has been infected.

"We face many complex challenges, but are encouraging and inspiring to see that our efforts to deliver as a UN, have been very successful in many hotspots and will help end the epidemic and save lives," Lacroix said.

The current epidemic, the tenth country, is on track to surpass the previous largest outbreak in 1976, which saw 318 cases in total, which caused 280 deaths.

After decades of conflict, the Ebola response team has faced misinformation and distrust from some local residents who are reluctant to allow vaccination programs or follow rules for safe contact and burial tracking.

"The fact that so far we have prevented Ebola from spreading to neighboring countries is proof of the hard work and determination of staff from all partners," said the WHO head. "As haphazard and challenging as this outbreak, I am convinced that working with the Ministry of Health, MONUSCO and all of our partners, we can and will end it."

"To date, 27,000 people have been vaccinated against Ebola, and almost every new patient received one of the four treatments studied, something that had never been possible during the Ebola outbreak," the WHO said. The agency noted that even though casualties were lost, 91 people had recovered and returned to their communities thanks to the hard work and joint efforts of national and international respondents.

The two UN officials gave awards to special staff of WHO, MONUSCO, the Ministry of Health and all partners who were fighting dangerous outbreaks in very difficult conditions.