Discover the evolution of the brain 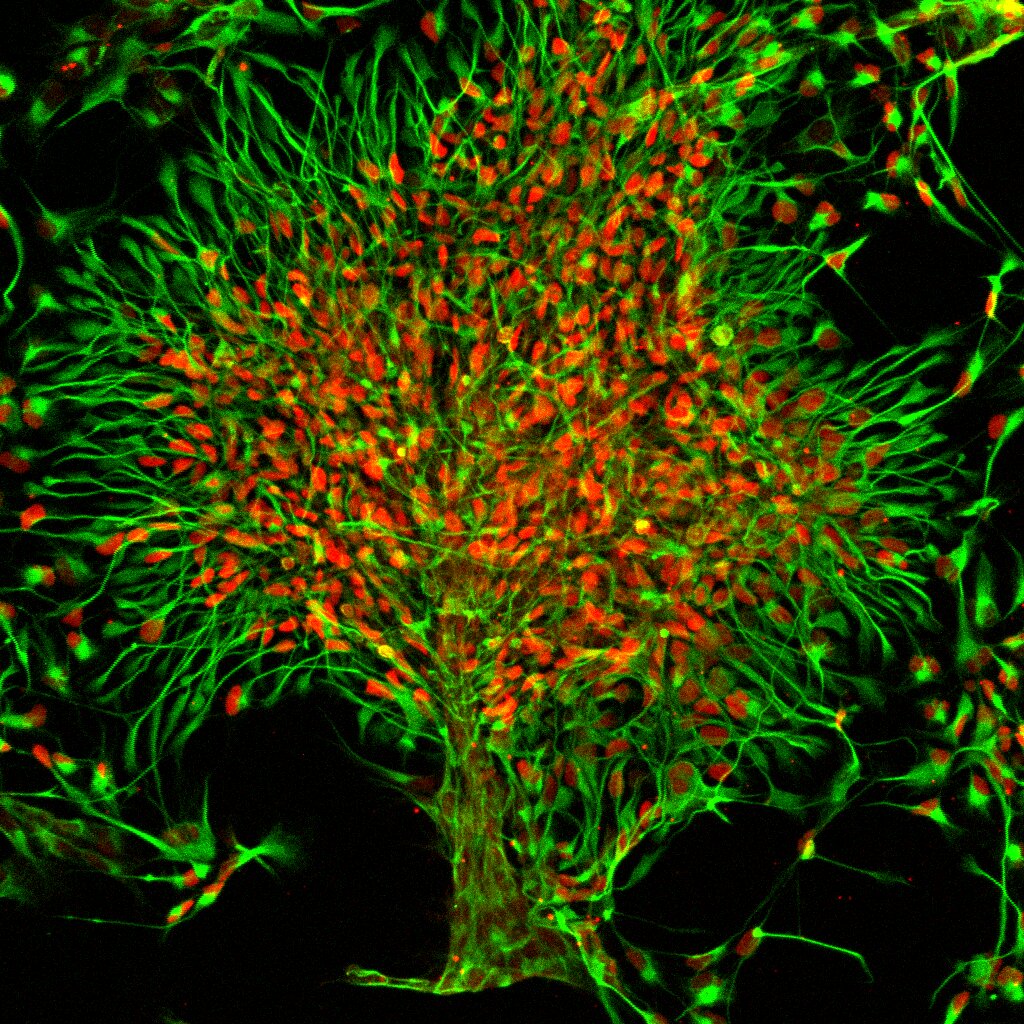 What makes us human and where does this mysterious property of "mankind" come from? People are genetically similar to chimpanzees and bonobos, but there are obvious behavioral and cognitive differences. Now, researchers from the Salk Institute, in collaboration with researchers at the Department of Anthropology at UC San Diego, have developed a strategy for easier research into the early development of human neurons compared to neurons of non-human primates. The study it appeared in eLife on February 7, 2019, offers scientists a new tool for fundamental brain research.

"This study provides an insight into the organization of brain development and provides the basis for further comparative analysis between humans and non-human primates," says one of the senior authors of the study, Salk's president and Professor Rusty Gage, who holds the Vi and John Adler's Department for the study of age-related neurodegenerative diseases.

Two important brain development processes include maturation of neurons and migration. Rasting involves growth of neurons, as neurons increase their relationships with each other for better communication. Migration is the physical movement of neurons in different parts of the developing brain. The authors strive to compare neuronal maturation and migration between humans and non-human primates.

In order to accomplish this task, Gage's laboratory developed a new method using stem cell technology to take the skin cells from primates and force them, via virus and chemical cocktails, to develop into neural progenitor cells, a cell type that has the ability to become multiple cell types in the brain, including neurons. These new primate cell lines can then be continuously propagated, allowing researchers to explore new aspects of neuronal development of living neurons without tissue samples from endangered primates such as chimpanzees and bonobos.

"This is a new strategy for studying human evolution," said Karol Marcheto, Salk's senior research associate in the Genetics Laboratory, the first author and one of the study's authors. "We are pleased to share these primate cell lines with the scientific community so that researchers from all over the world can study the development of the primate brain without the use of tissue samples, and we expect this to lead to many new discoveries over the next few years for the evolution of the brain. "

Researchers first examine the differences in gene expression associated with neuronal movement, comparing human, chimpanzee and bonobo cells. They also examine the migration properties of the neurons inherent in each species. They found 52 genes related to migration, and, interestingly, chimpanzee and bonobo neurons had periods of rapid migration while human neurons were moving slowly.

To compare neuronal movement and maturity outside the dish, scientists have transplanted nerve progenitor cells from both humans and chimps into the brains of the rodents, allowing neurons to thrive and provide additional signals for neuronal development.

The researchers then analyzed differences in migration, neuronal shape and size until 19 weeks after transplantation. They observed the length, density and amount of elongations of the neurons, called dendrites, as well as the size of the cell bodies in which the nucleus and DNA are located.

In the future, the authors hope to build an evolutionary tree of many primate species using induced pluripotent stem cell lines to better understand the evolution of the human brain. In addition, the authors plan to use this platform to study the differences in gene regulation among the primate species that underlie differences in neuronal maturation and can potentially affect brain organization in humans.

"We have limited knowledge of brain development, especially when it comes to differences in cellular development among species," said Marcheto. "We are thrilled by the tremendous opportunities this work finds in the field of neurology and brain evolution."