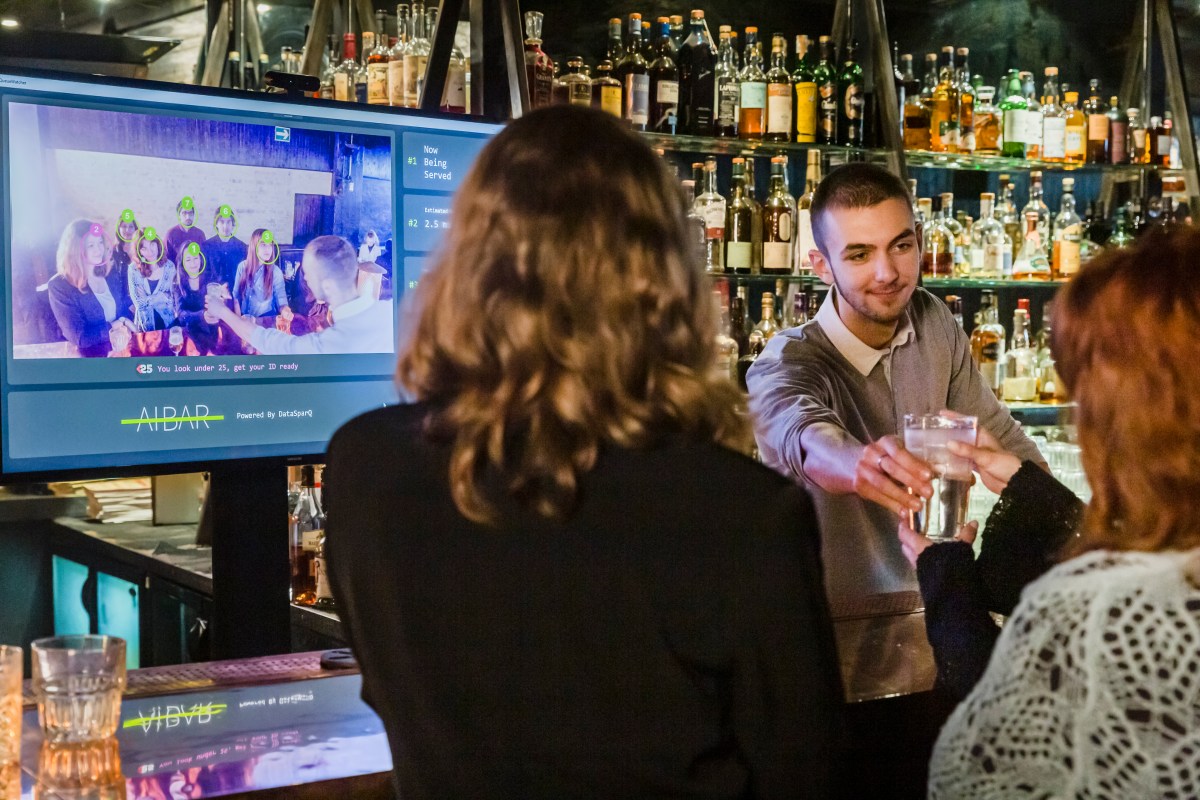 Instead of asking "Who's next?", Employees check the screen that watches the cheeks when they get to the bar, and tells them who's next on the line.

AI-driven technology developed by DataSparQ also says it reduces the chances of aggro moving the queues. The trials have already reduced waiting times.

Experts say that if all 48,000 establishments in the UK used it, staff could pour an extra 78 million pints a year.

Luca Coviani, bartender at 5cc Harrild & Sons in Farringdon, central London, said: "This eliminates the need for sharp elbows when we are busy. The registrants were skeptical at first, but when they saw it in action, they were sold. "

The £ 199 per month system uses a standard webcam, display and internet connection.

Designers say this can determine someone's age and prompt clients to have an ID if they look too young.

Drinkers can rearrange while in the queue, as the system saves their choices and responds to hand signals if changes occur.

Free section loaders are also out of luck – FaceTab visually connects people to an account and allows only certain individuals to order.

The data also tracks drinks served per hour so landlords can check margins and staffing levels. Experts hope the technology will reverse the trend of 14 pub closures a week.

John Willie of DataSparQ said: "Waiting with the tail jumpers can affect behavior. This system ensures that it is a first-come, first-served system.

DO NOT ADD UP

A simple math puzzle splits the internet – can you solve it?

"We hope to introduce technology across the country next year. The system can be installed anywhere and is scalable – from bars to music festivals. "

Publican Andrew Archer, who helped develop it, said: "You won't be fooled to wonder who to serve after.

"People will know how long they have to wait, so it's just a lot less stressful."

If the British were pubs

The perfect BRITAIN tavern has been found – it's 1.8 miles from your house, serving scampi and chips and closing at midnight, a study found.

The best boozer also included your friends in attendance (40), a roaring fire (30), ample seating (38) and a blur of first-class Sunday roasting (37).

But Britons have been delayed by terrible food and unpromising snack bars (51) and pubs lacking atmosphere (47), national studies by John Smith have revealed.