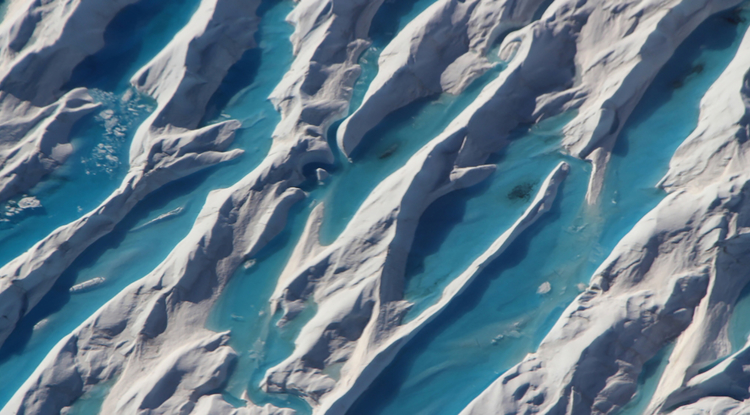 The ice fields of the southwest of Greenland are becoming particularly sensitive to the climate cycle called the North Atlantic Wobble, as global warming continues, an international team has reported, which includes a geological university in Arizona.

The biggest permanent loss of ice in Greenland from the beginning of 2003 to mid-2013 comes from the summer melting of ice fields in southwest Greenland. Their study was published this week in the reports of the National Academy of Sciences.

"When we see really big changes in the southwest of Greenland, we can be sure it's connected to the atmosphere because it's an increase in the surface melt," said a co-author. Christopher Harig, Deputy Professor of Geological Sciences.

Unlike other parts of Greenland, the southwest region has few glaciers. He loses ice when the higher temperatures melt his ice layers, generating a network of rivers flowing above and below the ice into the ocean.

Examining the link between warming in the southwest of Greenland and the North Atlantic Ocean or NAO, the climate cycle began when Harri saw that in 2013 and 2014 the amount of ice lost to Greenland was changing.

Harriet and co-author Frederic Simons of Princeton University measure the loss of snow and ice covering Greenland using monthly satellite data from Gravity Recovery and Climate Experiment or GRACE. As the ice of Greenland melts, it slightly changes the Earth's gravitational field, which can be found by GRACE.

"We found a year that really was different from the past 10 years," Harrig said. "The melting worsened every year – and then they took a break to get worse."

He and his colleagues were puzzled by the delay, so they contacted Michael Bevis of the University of Ohio in Columbus to see if the network of GPS receivers along the Greenland coast showed the same phenomenon.

GPS receivers are attached to the base scale. When large quantities of ice are melted, the surface opens because it is no longer weighed out of this mass of ice. The web allows scientists to discover this rebound and calculate how much ice has been lost.

The Greenland Grid has recorded the same delay in ice loss over the same time period.

The delay in melting lasted from about 12 to 18 months. Researchers found that the delay coincided with the deviation of the NAO from its negative phase to the positive phase.

When NAO returned to its negative phase in 2015, the melting speed began to climb again.

"I continue to be interested in understanding the reasons for the loss of ice in Greenland," he said. "The next decade is really much more specific about what causes ice loss here and not there."