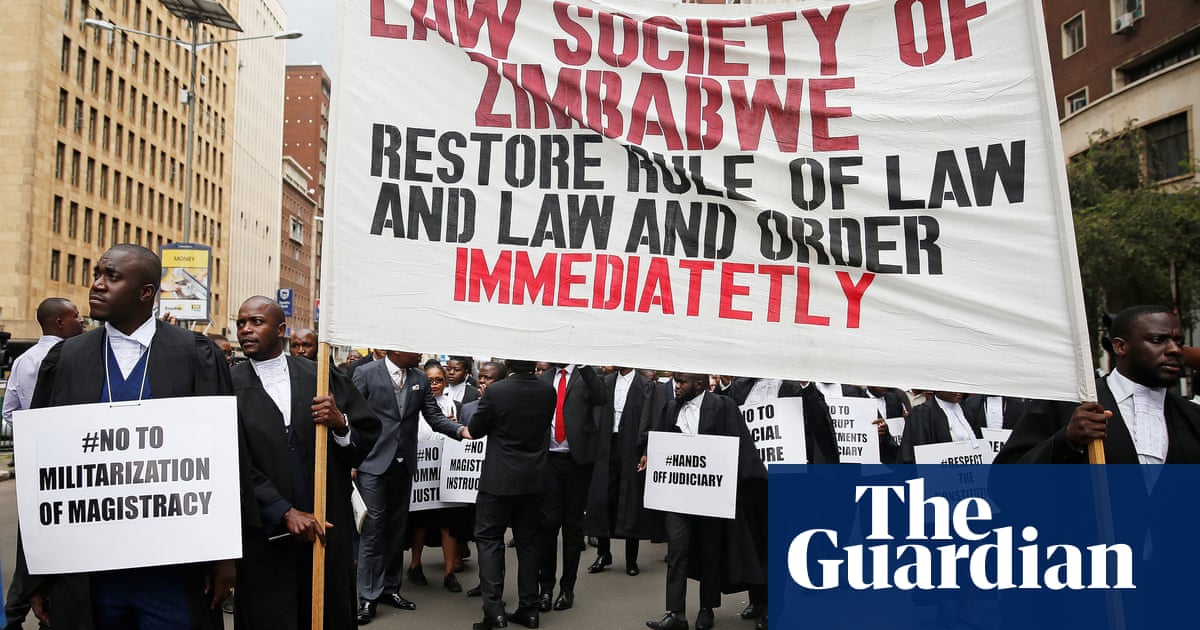 The Home Office has been convicted of working with the Zimbabwean government to speed deportation of asylum seekers despite human rights violations in the country.

Asylum lawyers and charities told Guardian that since Robert Mugabe was forced to leave office in November 2017, the Interior Ministry has begun to move forward a migration process for refused asylum seekers, many of whom were in the UK for more than a decade.

Despite the international condemnation of police and army actions with the new president, Emerson Mongawa, two asylum seekers were detained in the House of the House at the Vulcan House on Monday. It is believed that the government is preparing to deport them within days.

One of them, Victor Mujakachi, came to the UK as a post-graduate student in 2003. Zimbabwean authorities issued an order for his arrest in 2008 after making critical online comments about Mugabe's reelection. He subsequently rejected three asylum applications.

On January 28, at 4 pm, the courts also had to provide a "emergency stopover" for the refused asylum from Zimbabwe, which had to be deported tonight at 6:15 pm. The reason for the decision was the unstable conditions in the country.

The complainant alleged that he had a profile as an opposition activist and said his family members had been arrested. The judge noted that governments around the world, including the United Kingdom, have expressed serious concerns about the conditions in Zimbabwe.

Over the last few months, Zimbabweans across the UK have been asked to attend interviews at the Home Office Centers. When they were in attendance, they found government officials from Zimbabwe, who are waiting to interview them.

A woman who has been in the UK for six years said she was in such an interview and was told by a person who spoke her native language, Shona, that she was one of the thousands of Zimbabweans the UK government wanted to remove from the country.

The woman told the Guardian that the clerk had a file on her that contained the photograph and biographical details. Her relatives are politicians from the opposition party, the Movement for Democratic Change (MDC), and recently one was arrested. "I'm so worried and so petrified," she said. – If the Interior Ministry now shares my details with the Zimbabweans, they sell my life to them.

The Ministry of the Interior said that "routine interviews for re-documentation" are often conducted to establish the identity of the individual in order to be able to issue travel documentation. A spokesman said, "When it is decided that the person does not require international protection, the removal is only necessary when we and the courts come to the conclusion that it is safe to do so with a safe return."

After Mugabe was overthrown, his former assistant, Emerson Mongaugh, from the same Zanu-PF party, came to power. Despite the hopes that his government will lead to political reform, human rights activists have condemned arbitrary arrests, abductions and beatings by police and military.

In Mugabe, the Zimbabwe authorities refused to cooperate with the attempts by the United Kingdom to return the refused asylum seekers by refusing to issue travel documents to those who were asked to return to Zimbabwe against their will. This left thousands of people in legal uncertainty without any legal status in the UK so they can not work but can not be returned to Zimbabwe.

But the Zimbabwean media reported in February 2018 that after meeting with the then British ambassador to Zimbabwe, Katrina Linging, the new vice president of the country, Kembo Mohaddi, said: "Zimbabwe has no problems with the return of its citizens, but would like to check them out. to make sure they are genuine Zimbabweans before taking them back. "

The asylum seeker, Assist Sheffield, said she was extremely worried about the safety of Viktor Mukakachi if he was forced to return to Zimbabwe. He says he is a priceless volunteer in many charities in the area, including emergency nightclubs, and has earned awards for his charity.

"Viktor is a frank critic of Zimbabwe's successive governments and expressed concerns about his safety if returned, especially given the recent brutal violence against anti-government protesters in the country," the organization said.

In a recent petition to the Home Department, UK-based MDC members called on the government to give amnesty to all Zimbabweans who have been in the UK for more than 10 years.

"Most Zimbabweans in the UK are now settled and now they have a personal and family life in the UK," the petition said. "The issue of the Windrush generation shows that the Interior Ministry has sometimes been mistaken, but the Secretary of State has the power to take corrective action."

Alice Mousse, a lawyer at Thompson and Co Solicitors, said the UK government must urgently reconsider its position while Zimbabwe still has human rights violations. "The displacements should be discontinued and the return safety situation in Zimbabwe should be carefully monitored," she said.

Andrew Nuyahiro, Chief Advocate at Tann Law Solicitors, said: "The civilians are tortured by members of the armed forces and the ruling party. The imposition of the relocation of Zimbabwe from the United Kingdom at that moment is tantamount to sending someone to the death chamber. "

Nyamayaro's colleague Rumbi Bvunzawabaya said her clients were seriously affected by the last round of interviews. "We have suicide customers who have been separated from the news [about the interviews] went out. People are afraid, "she said.

Dian Abbot, secretary of the labor minister in the shadow of Labor, said: "The restoration of the government's deportation to Zimbabwe is in line with their hostile environmental policy. It seems that the Ministry of the Interior does not take much into account the potential human rights violations and deports people who may be at risk. This should not happen in all cases where serious human rights are threatened.