Japan reduces GDP forecast, as export growth is expected to slow down 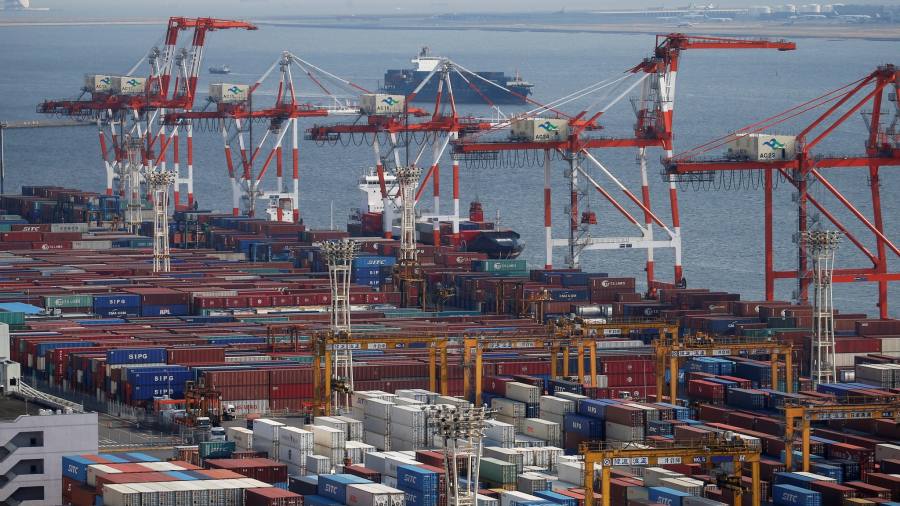 Japan cut its growth forecast for the year of expectations of a slowdown in export growth as the fall in the US-China trade war takes it to Asia.

The forecast is that the country's economy will grow by 0.9% annually in the 12 months to March 2020, according to the average annual economic forecast prepared by the Cabinet. This is lower than the 1.3% growth forecast in January.

Export growth is expected to slow down to 0.5%, which is lower than the 3% increase forecast in January. Japanese exports fell for the seventh consecutive month in June, down 6.7% year-on-year against a background of slow demand from China, with analysts expecting this decline to slow in the second quarter.

Trade-related tensions between the US and China and the slowdown in global growth have disrupted supply chains across Asia by cutting off exports. There is also uncertainty stemming from recent restrictions on exports of materials critical to the production of computer chips in South Korea as part of the diplomatic response.

The private sector has a more pessimistic view of the Japanese economy, forecasting gross domestic product will grow by only 0.5 per cent, according to the forecast.

However, economic growth is expected to grow in the 12 months to March 2020, rising to 1.2 per cent.

The Japanese economy grew by 2.2% in the first quarter compared with a year ago thanks to capital expenditure improvements.

The new data are before the Japanese Bank's political decision on Tuesday, when it is expected to keep interest rates and maintain its leadership.