Similarities in the insulation states of twisted-layer graphene and cuprates 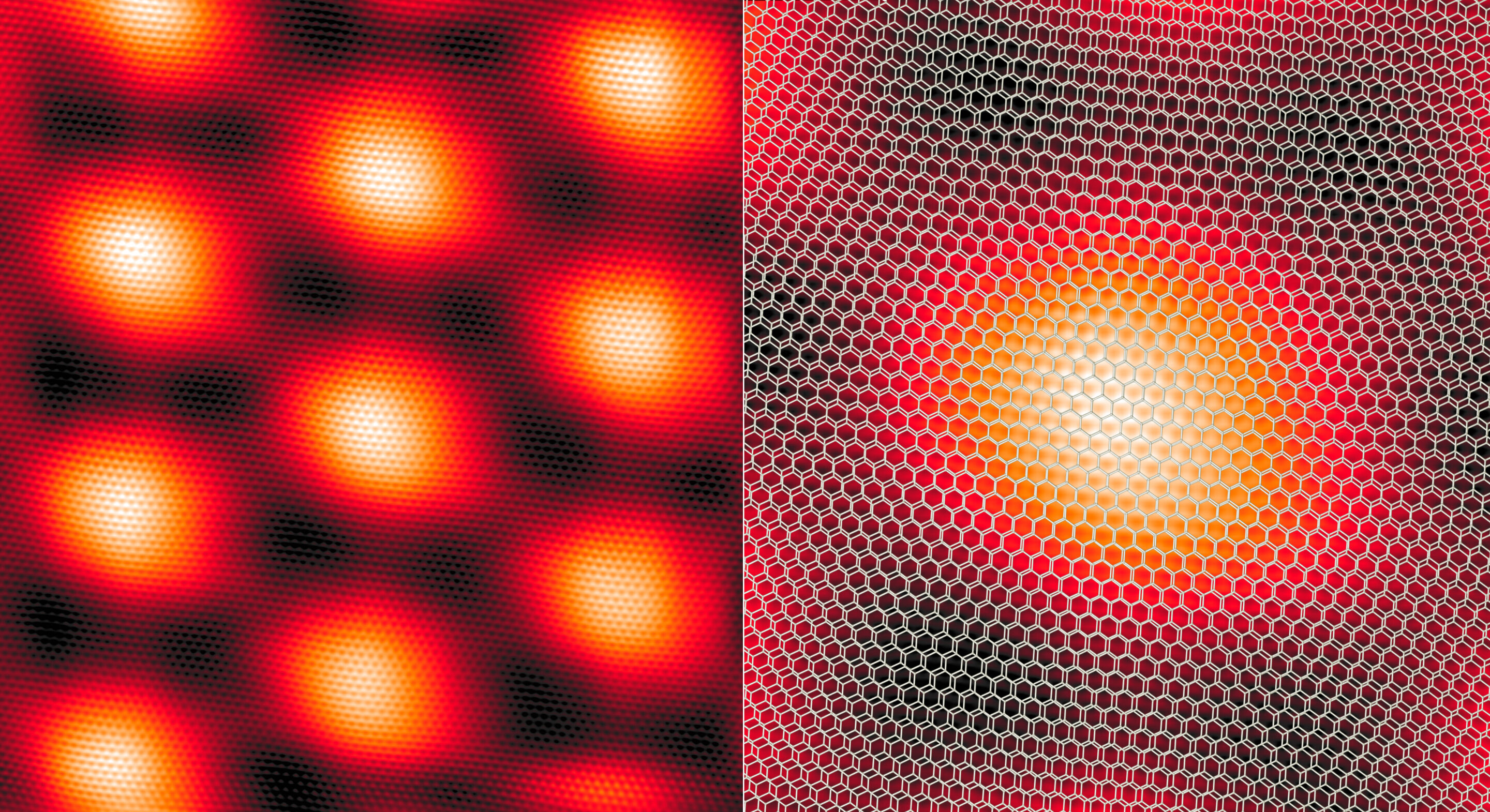 In recent decades, tremendous research efforts have been made to investigate and explain high-temperature (high-Tc) superconductors, a class of materials that exhibit zero resistance at particularly high temperatures. Now a team of scientists from the US, Germany and Japan explains in nature how the electronic structure in twisted bilayer graphene influences the appearance of the insulating state in these systems, which is a precursor to superconductivity in high Tc materials.

Finding material that is superconducting at room temperature would lead to a technological revolution, will ease the energy crisis (as most energy is lost on the road from generation to use today) and will increase the productivity of calculations to a whole new level. Despite the progress made in understanding these systems, a complete theoretical description is still elusive, leaving our search for room temperature superconductivity mainly in serendipity.

In a major scientific breakthrough in 2018, twin-layer graphene (TBLG) has been shown to exhibit phases of matter similar to those of a particular class of high-Tc superconducting materials – the so-called high-Tc cuprates. This represents a new movement through a much cleaner and more controllable experimental setup.

Scientists at the Max Planck Institute for Structure and Dynamics of Matter (MPSD), Freie Universität Berlin (both in Germany), Columbia University, the Flatiron Institute for Computational Quantum Physics (both in the US), and the National Institute of Materials Science in Japan focuses on the isolation state of TBLG.

This material is composed of two atomically thin layers of graphene arranged at a very easy angle to each other. In this structure, the insulation state precedes the highly conductive, highly conductive phase. Therefore, a better understanding of this phase and what leads to it is crucial for TBLG control.

Scientists use scanning tunneling microscopy and spectroscopy (STM / STS) to study samples. With this microscopic technique, electrically conducting surfaces can be examined atom by atom. Using the pioneering tear-down method, they placed two atomically thin layers of graphene on top of each other and gently rotated them. The team then directly maps the structural and electronic properties of the material at the atomic scale near the "magic angle" of about 1.1 °.

Findings just posted in nature, shed new light on factors affecting the emergence of superconductivity in TBLG. The team observes that the insulating state that precedes the superconducting state appears at a certain level of filling the system with electrons. This enables scientists to gauge the power and nature of the interactions between electrons in these systems – a crucial step toward describing them.

In particular, the results show that two distinct Van Hove features (vHs) in the local density of states appear to be close to the magic angle, having a doping-dependent separation of 40-57 meV. This shows for the first time that the separation of vHs is significantly greater than previously thought. The team also clearly shows that vHs splits into two peaks when the system is alloyed close to half of the Moiré fill band. This doping-separation is explained by a correlation-induced correlation, which means that electron-induced interaction in the TBLG plays an important role.

The team found that the Coulomb ratio of the interaction with the bandwidth of each individual vHs was more decisive for the magic angle than the separation of the vHs. This suggests that the adjacent superconducting state is driven by a coupled mechanism, similar to Cooper, based on electron-electron interactions. In addition, the STS results show a certain level of electronic nematicity (spontaneous disturbance of the rotational symmetry of the main lattice), similar to that observed in cuprates near the superconducting state.

With this study, the team is taking a decisive step toward demonstrating the physics equivalence of high-Tc cuprates and those of TBLG materials. In this way, the insights obtained through TBLG in this study will contribute to the understanding of high-temperature superconductivity in cuprates and will lead to a better analysis of the detailed functioning of these captivating systems.

The work of the team on the nature of the superconducting and isolating states observed in transport will allow researchers to compare theories and hopefully TBLG as a step towards a more complete description of high-Tc cuprates. In the future, this will pave the way for a more systematic approach to raising the superconducting temperatures in these and similar systems.

The experiments investigate the mysteries of "magic" angular superconductors

provided by
Max Planck Institute for Structure and Dynamics of Matter