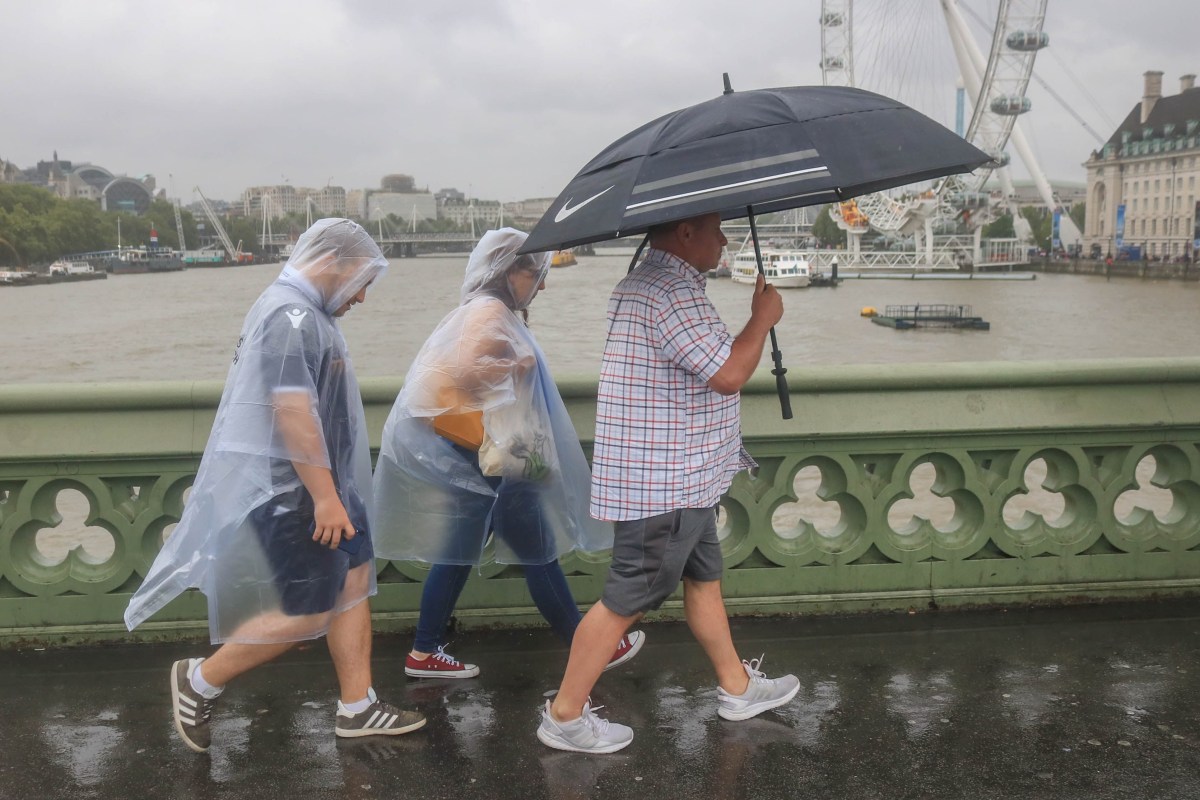 The average Briton spends more than SIX MONTHS of his life, talking about the time it appeared.

Research has revealed a whopping 84% of the nation, which has acknowledged its love of discussing an ever-changing climate.

According to the survey, the typical time chat is cultivated three times a day, lasting an average of two minutes and 46 seconds for each occasion, adding the huge lifelong figure.

The nation's craze for talking about temperature has now spread to conversations with home appliances.

Of those who own a voice assistant device, one-third receive their daily adjustments from chat to voice-activated services to phones or gadgets in their homes, asking what time will bring.

Britons are also more likely to bring out the weather when it is unexpectedly hot – 27% say they feel more positive when it's cold and sunny.

The study was conducted by the UK's first air-conditioning and BOXT suppliers, whose CEO, Andy Kerr, said: "Improving technology has increased our temptation to lyric over time, from improved forecasts, to automated thermostats and applications that help us maintain temperature control in our environment.

"It's no wonder we are so fascinated by the weather and how we can influence the environment through technology to make sure we are prepared for what is expected."

On average, respondents will have their first discussion about whether it is hot or cold at exactly 9:47 in the morning, most often with colleagues after work.

Twenty-seven percent like to discuss the effect it has on their sleep, and one in five are forced to complain when their house feels too hot in the sun.

BOXT's Andy Kerr added: "Although it is impossible to control the weather outside your door, it is now easier than ever to adjust the temperature inside your home, whether it is the problem of heating your home in winter or installing an air conditioner for your home. cooling your home when things start to heat up. "

The study also asked the British to choose the phrases they use most often to describe the time, the OnePoll study found.

Three out of 10 headed to Peter Kay's classic Northern Comic Observation Line: "It's this nice rain that soaks you up" to describe the rain.

And 24 percent of the population used the phrase, "I like it hot, but it's not that hot."

One in four professes to mutter regularly: "The weather kept me up all night."

According to the survey, two out of five Britons refer to the time when they start a conversation.

Electrician drives a minibus to shut down thieves with a 1000-volt shock, and cops say it's good

Two in five say the desire to speak of meteorological conditions by default is "just automatic," and another 47 percent say it is particularly important for Britons.

And 37 percent of those surveyed said climate chat was a perfect excuse to talk about what to wear.

However, one in five believes that weather rent – whether it's too hot or too cold – is just a great excuse just to moan.

Weather Forecast for August 1, 2018 – Dry and bright start to the day, but showers develop throughout the day