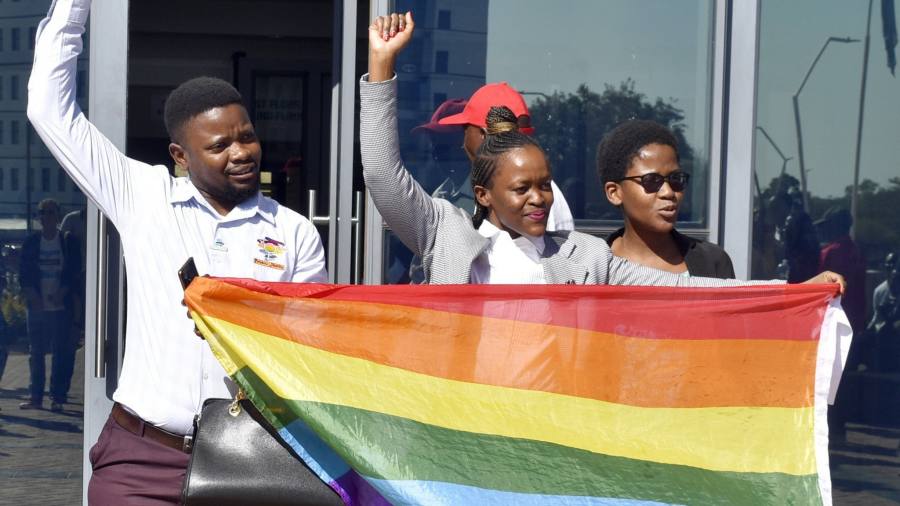 Botswana will join the limited but growing ranks of African countries to decriminalize homosexuality after a high court ruling Tuesday to reject the criminal laws against gays dating back to the British colonial rule.

The judges ruled that Section 164 of the Penal Code of the country sanctioning gay sex with up to seven years of imprisonment violated the right to privacy and dignity.

The Gaborone court rejected the provision as "British imports". He ruled that homosexuality is not "non-African", say several leaders, including Yoweri Museveni, president of Uganda, who is publicly hostile to the rights of gays.

The Botswana decision is pushing for LGBT rights on the continent after a failed last month when the high court in Kenya has confirmed age-old anti-gay laws that are legacy of British rule.

"It's really time to decriminalize private sexual intimacy," says Michael Leburu, the judge who reads the verdict. "Sodomy laws deserve a place in the museum or archives, not in the world. The law is not intended to regulate private sexual contacts by consensus. "

An application for revocation of Section 164 was filed by LM, a gay man, and supported by Legabibo, a LGBT group in Botswana. The decision concerns the decriminalization of homosexuality by India's Supreme Court last year, but not by Kenya's decision.

Laws are most draconian in countries practicing Sharia law, such as Sudan, Somalia and northern Nigeria, where homosexuality is punished with death.

South Africa has the most liberal laws, with same-sex marriages being legal since 2006.

This year Angola decriminalized homosexuality after lifting a penalty provision for "vices against nature" inherited by the Portuguese government. Cape Verde and São Tomé and Príncipe, two other former Portuguese colonies, have also abolished anti-gay laws.

In May, Kenya's High Court rejected an attempt to end the criminalization of gay sex in the era of the colonial era, horrifying the growing movement of activists in eastern Africa. The judges said the ban was constitutional because it represents the values ​​and views of the country, adding that the courts "should like to fly to public opinion."

The Botswana court specifically ruled that public opinion should not go beyond human rights.

In many large African cities there are thriving, albeit mostly underground, LGBT communities, although basic attitudes are still less tolerant to rapidly changing patterns in much of the Western world.

Binyavanga Wainaina, the Kenyan writer and activist who died last month, came out as a homosexual in 2014 after years of internal struggle. In the so-called "lost head" in his memoirs, he thought he admitted to his mother that he was gay.

For security, even as a boy that he is a homosexual, when the public told him he was wrong, he wrote: "The feeling is not sexual. It is sure . "He appears every few months as a malaria attack and lets me shake for days and confused for months. "