The guide of the stop-king to defeat glioblastoma 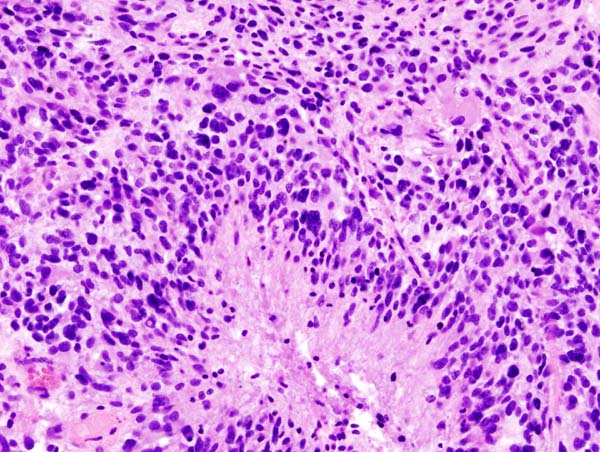 In cancer therapies, microRNA-small nucleotide strings that are secreted into cells are a source of excitement and disappointment. While preclinical studies have found that microRNAs play an important role in cancer and other illnesses, so far two cancer studies using microRNA show little response and significant toxicity. A team of investigators at Brigham and Women and the Harvard Medical School began looking at these molecules in a whole new way. Instead of modulating only one, they group together multiple microRNAs that naturally occur in the brain by encoding them into a small, artificial gene, and co-engineered molecular machines of cancer cells to overproduce these groups of molecules to weaken the cells. Their approach showed promising results in preclinical models, increasing survival in a mouse model of glioblastoma by five times when combined with chemotherapy. Team results are published in Nature Communications,

"I like to think of it as a stop." The cancer cells have a built-in microbe recognition and recognition system and make them "take" our sequence that encodes a multitude of microRNAs and start making more copies of them. our sequence is on the way to the journey, "said Pierpaolo Peruzzi, Ph.D., a neurosurgical neurosurgeon clinical neurosurgeon and chief investigator at Harvey Cushing Neuro, Brigham Clinical Laboratories.

Wiggers and colleagues, including lead author Vivek Bhaskaran, Ph.D., Ph.D. in the Department of Neurosurgery, have begun to identify microRNA clusters responsible for regulating complex roads. Using bioinformatic analysis, the team focuses on a group of three micronuclei – miR-124, miR-128 and miR-137, which work as a team in properly developing neurons but are lost during brain cancer. The team found that some of these microRNA mice include proteins involved in glioblastoma recurrence and resistance to conventional therapies.

The research team has tested its results using multiple cancer cell lines, including glioblastoma, as well as non-glioblastoma cell lines. In addition, the researchers tested the efficiency of modulation of the three microRNAs at once in a mouse model of intracranial tumors. The team reported a significant survival benefit. Without treatment, mouse model survives 12 days after tumor implantation, and chemotherapy prolongs this period to an average of 18 days. However, when chemotherapy and multi-microRNA treatment are combined, survival is prolonged to an average of 48.5 days.

"These results are very encouraging and can provide realistic treatment options," Bhaskaran said.

Wiggers notes that the multi-microRNA strategy weakens the tumor cells, but does not kill them directly. "Although it seems to be a little counter-intuitive, it's actually an advantage, as remaining alive, though seriously damaged, cancer cells continue to produce microRNAs that eventually flood the entire tumor." Indeed, the authors show that these artificial microRNAs spread through the tumor through small bubbles and leave it more vulnerable to chemotherapy.

"We are forcing the tumor to produce its own poison, and then hit it with chemotherapy or radiation," says Perucci. "And we are optimistic that in a relatively short time we can accelerate this approach to the clinic." The further refined and even more powerful version of this concept is already in the pipeline.

Currently, Brigham clinical trials using viral vectors and gene therapy approaches for the treatment of glioblastoma (both primary and recurrent) are being conducted. Peruzzi and colleagues are working to further refine their approach to microRNAs in order to use viral vectors to deliver these microRNAs to tumors in brain cancer patients.

provided by
Brigham Hospital and Women

Quote:
Stopwatch King's guide to win over glioblastoma (2019, January 25)
drawn up on 25 January 2019
by https://medicalxpress.com/news/2019-01-hitchhiker-defeating-glioblastoma.html