The model predicts a cognitive decline due to Alzheimer's disease, up to two years 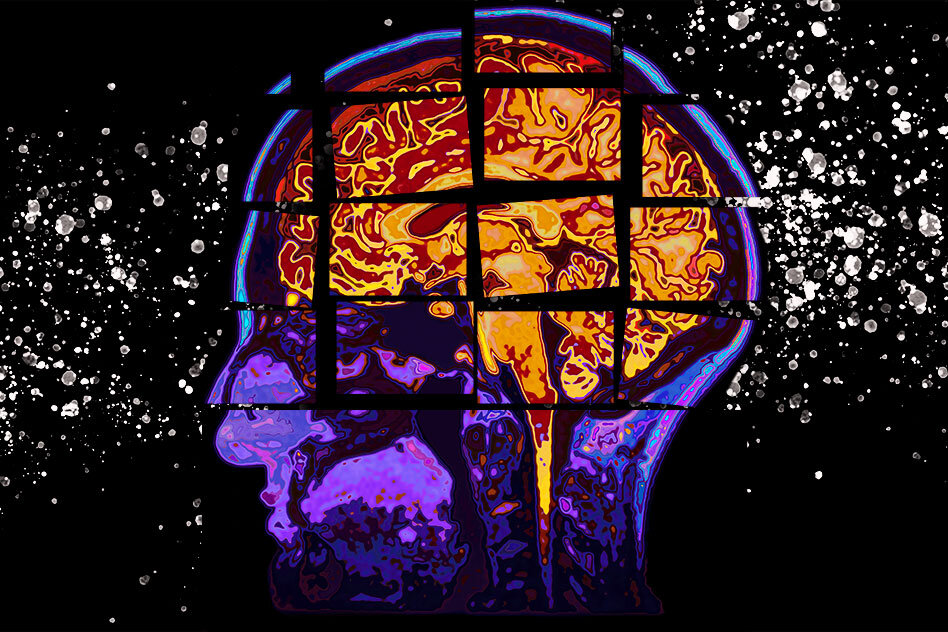 A new model developed at MIT can help predict whether patients at risk for Alzheimer's will suffer a clinically significant cognitive decline due to the disease, predicting their cognitive test results up to two years in the future.

The model can be used to improve the selection of candidate drugs and cohorts of clinical trial participants who have been known to date with success. This will also let patients know that they can experience rapid cognitive decline over the coming months and years so that they and their loved ones can prepare.

Pharmaceutical companies have injected hundreds of billions of dollars into Alzheimer's research over the last two decades. Yet the field failed: Between 1998 and 2017, there were 146 unsuccessful attempts to develop drugs to treat or prevent the disease, according to a 2018 report from pharmaceutical research and manufacturers in America. At that time, only four new medicines were approved, and only for the treatment of symptoms. Currently, over 90 drug candidates are under development.

Studies show that greater success with the marketing of medicines can be reduced to recruiting candidates who are in the early stages of the disease before the symptoms are apparent, which is when treatment is most effective. In an article to be presented next week at the Healthcare Machine Learning Conference, MIT Media Lab researchers describe a machine learning model that can help doctors reach zero in this particular group of participants.

They first trained a "population" model on a complete data set that included clinically relevant cognitive test results and other biometric data from Alzheimer's patients, as well as healthy individuals collected during two-year doctor visits. From the data, the model learns models that can help predict how patients will be assessed on cognitive tests performed between visits. For new entrants, a second model, customized for each patient, continually updates assessment estimates based on recently recorded data, such as information collected during recent visits.

Experiments show that accurate forecasts can be made for six, 12, 18 and 24 months ahead. Thus, clinicians could use the model to help select participants at risk for clinical trials that may exhibit rapid cognitive decline, possibly even before the onset of other clinical symptoms. Treating such patients initially may help doctors better track what dementia medicines are and aren't working.

"Accurately predicting a cognitive decline of six to 24 months is crucial to the development of clinical trials," says Ogi Rudovic, a researcher at Media Lab. "The ability to accurately predict future cognitive changes can reduce the number of visits a participant has to make, which can be expensive and time consuming. In addition to helping to develop a useful drug, the goal is to help reduce the cost of clinical trials to make them more affordable and larger. "

Joining Rudovic on the paper: Yuri Utsumi, a student and Kelly Peterson, a graduate student, both in the Department of Electrical and Computer Science; Ricardo Guerrero and Daniel Ruckert, both of Imperial College London; and Rosalind Picard, professor of media arts and sciences and director of affective research in computer technology in the media lab.

Population up to personalization

For their work, researchers use the largest data set for clinical studies of Alzheimer's disease in the world, called the Alzheimer's Neuroimaging Initiative (ADNI). The dataset contains data from approximately 1,700 participants, with and without Alzheimer's, recorded during six-year doctor visits over 10 years.

The data include estimates of the AD-Scag Cognitive Scale (ADAS-Cog13), the most widely used cognitive indicator for clinical trials of Alzheimer's drugs. The test evaluates memory, language, and orientation on a scale with increasing weight to 85 points. The dataset also includes MRI scans, demographic and genetic information, and measurements of cerebrospinal fluid.

Overall, the researchers trained and tested their model in a subset of 100 participants who made more than 10 visits and had less than 85 percent missing data, each with more than 600 computable features. Of these participants, 48 ​​were diagnosed with Alzheimer's disease. But data is scarce, with most of the participants missing different combinations of features.

To deal with this, researchers used data to train a population model driven by a "nonparametric" probability framework called Gaussian Processes (GPs), which has flexible parameters to fit different probability distributions and to process uncertainty in the data. This technique measures similarities between variables, such as patient data points, to predict the value of an unseen data point – such as a cognitive result. The result also includes an estimate of how reliable the forecast is. The model works well even when analyzing missing data sets or a lot of noise from different data collection formats.

But evaluating the model of new patients from retained participants, the researchers found that the model's predictions were not as accurate as they could have been. So they customized the population model for each new patient. The system then gradually fills in the data gaps at each new patient visit and updates the ADAS-Cog13 forecast accordingly, continuously updating previously unknown physician allocations. After about four visits, the custom models significantly reduced the error rate in the forecasts. It also goes beyond the various traditional machine learning approaches used for clinical data.

Let's learn how to learn

But researchers have found that custom model results are still suboptimal. To remedy this, they have come up with a new metalworking scheme that learns to automatically choose which type of model, set or custom, works best for each participant at a given time, depending on the data being analyzed. Metallic training has previously been used for computer vision and machine translation tasks to learn new skills or quickly adapt to new environments with several training examples. But this is the first time it's being used to track the cognitive decline of Alzheimer's patients, where limited data are a major challenge, Rudovic says.

The scheme essentially simulates how different models of a task are executed – such as predicting a result from ADAS-Cog13 – and learns best. During each visit to a new patient, the scheme assigns the appropriate model based on previous data. For example, in patients with noisy, infrequent data during early visits, for example, population models make more accurate predictions. When patients start with more data or collect more through subsequent visits, personalized models perform better.

This helped to reduce the error rate for forecasts by another 50 percent. "We couldn't find a single model or fixed combination of models that could give us the best predictions," Rudovic says. "So we wanted to learn how to learn with this metalworking scheme. It's like a top model of a model that acts as a metaknowledge-trained selector to decide which model is better to use. "

Next, researchers hope to partner with pharmaceutical companies to implement the model in real-world clinical trials of Alzheimer's. Rudovic says the model can also be summarized to predict different indicators of Alzheimer's disease and other diseases.

provided by
Massachusetts Institute of Technology


This story is courtesy of MIT News (web.mit.edu/newsoffice/), a popular site that covers news about MIT research, innovation and teaching.

Quote:
The model predicts cognitive decline due to Alzheimer's disease, expiring in up to two years (2019, August 2)
Downloaded August 2, 2019
from https://techxplore.com/news/2019-08-cognitive-decline-due-alzheimer-years.html