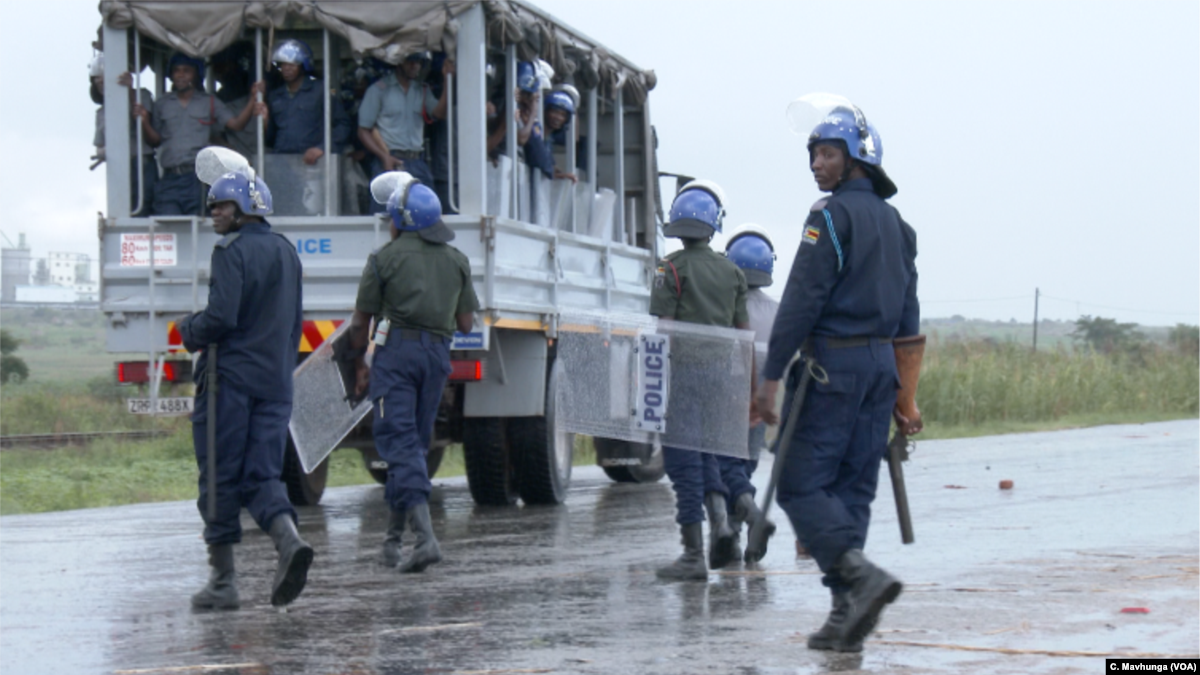 Some Zimbabweans say the country looks like a military zone. They want President Emerson Monagawa to master the military forces that reportedly continue to attack Zimbabwe a week after the country's protests to raise fuel prices.

A 41-year-old woman says she was attacked on Sunday as she walked with her husband and their two children. A gun is used, she said. Her right elbow was broken and her husband could not walk because she was hit in the back.

"It's an indirect war," she said. "But they fight with people who are not armed, but they [the army] will be armed. I wish they could stop it. So many people are injured and afraid to seek medicine. By the time we arrive at 17:00, we lock our doors because if they meet you after 18:00. in the streets they will attack you. But if you have misfortune, even about 2 hours. they can attack you indoors. We have sleepless nights.

The Human Rights Commission in Zimbabwe said the misuse and use of live ammunition by military forces to cancel the protests led to eight deaths. Mnangagwa wrote that the heads would "turn" the security forces for every brutality.

"There is a key question to ask here: Why do we so condescendingly approve of the violence we have seen for free visiting this society? Why do we do it?" asked Charamba. "When this happens, it is about the authority of the state, and I can assure you that if the body in question is state, the state has to prove that it exists to ensure order and law.

But the 41-year-old woman with the broken elbow has a message to Mnangagwa, who is also Zimbabwe's commander.

"I call on him to tell the army not to beat innocent people because we are now afraid to stay even in our homes because every time the soldiers can come, fire tear gas through the windows if people do not open doors Now we live in fear not to be attacked without cause, "she said.

"What must happen if there are protests that have become violent, the police have to fulfill their duty to maintain law and order, not the excessive use of force we saw last week, which includes the use of ammunition for protesters leading to the killing of at least 12 people, "said Mavhiganga." President Emerson Monanga should take the soldiers out of the streets and carry out police action because Zimbabwe is not in a state of emergency. No state of emergency declared. "

Army spokeswoman Alfios Makotor published a statement Thursday that his organization said "with concern about allegations of abusive behavior and acts of violence by people claiming to be members of the organization."

He asked citizens to report such people to the military police.