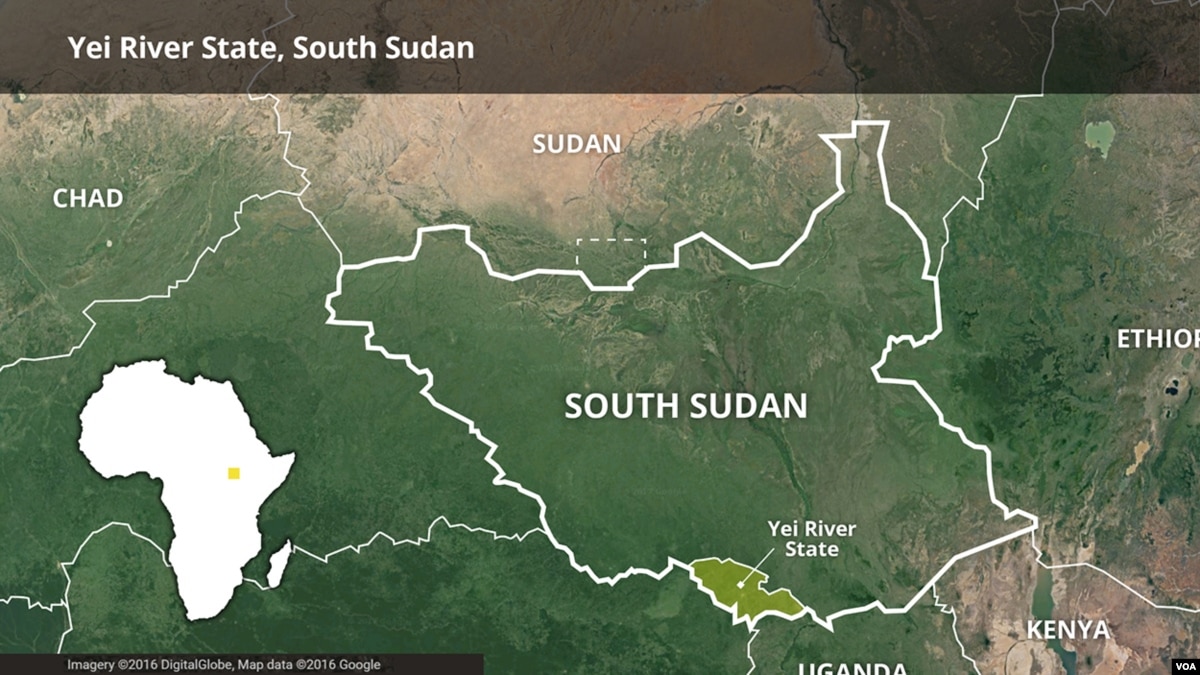 Officials in Southern Sudan in the Yee River say thousands of people who have fled their homes during battles in the past two weeks are out of food or clean water.

The Relief and Rehabilitation Commission in the Yew River County County Council says that up to 6,000 internally displaced people (IDPs) live under trees on the outskirts of Yeah. Other local residents escaped across the border in the northern Democratic Republic of Congo.

Local residents escaped battles between the government forces and the rebels on the National Front of Salvation, led by Thomas Ciarlo. Witnesses told South Sudan in a focus that the military had killed civilians, raped women and burned entire villages.

Jane Dowa said that displaced peasants like her have nothing to eat.

"After arriving here five days ago after we were from our village, they did not give us any food, pans or even blankets." We suffer and the children weep in our midst because they are hungry and there is no food, "said Dave. The Voice of America.

James Guiya, a six-person father who also runs with his children in a shelter outside of Yeah, says that women and children are particularly in need of help.

"We ran out of this place because we were witnesses of bad things in our village. We stay here without access to clean water. Children drink. [and] wash with dirty water. We call on the government and non-governmental organizations to save us from this situation, "Gaia told South Sudan.

Moses Mabe, Coordinator of the Yei River County Rehabilitation and Rehabilitation Commission, said the county and state governments did not have the resources to help. "The government is unable to help and support these people," he said.

Several humanitarian organizations working in the area said they lack the resources needed to provide humanitarian aid to displaced people.

"We have little resources to react to this insurmountable population on a daily basis," said Dara Felix, program manager of the Joint Methodology Commission for Aid in the Yee River. "We call on Juba partners to take advantage of resources so partners on the ground can intervene effectively in this type of crisis."

Eujin Byun, UNHCR Communications Officer at Juba, calls on the warring parties to put an end to the fighting and to ensure the safety of the humanitarian workers who are trying to intervene.

"We have a challenge to access these internally displaced people and are blocked by the countries in the conflict, and we are calling on all parties to the conflict to ensure free civilian movement and access for humanitarian actors," Beun told South Sudan in a focus.

The second chapter of the September peace agreement signed in September in South Sudan calls on the parties to respect the free movement of all civilians and to provide free access to humanitarian workers.