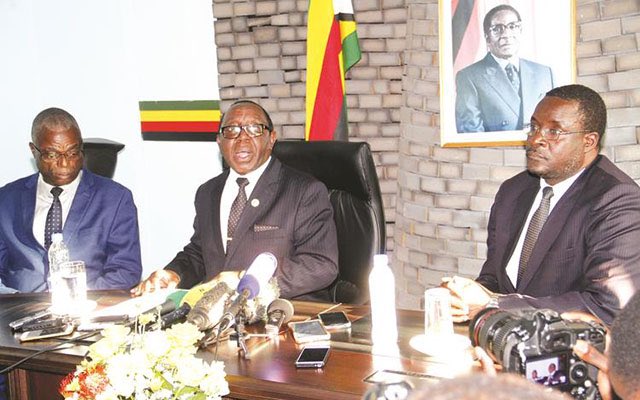 By the own correspondent| On this day, November 6, 2017, Zanu-PF Secretary for Information and Publicity Simon Khaya Moyo announced the expulsion of the ruling party Zanu Pf, who was then Vice President Emmerson Dambudzo Mnangagwa.

If our services have helped you, our work will be much safer with your help – For as little as £ 5, you can support ZimEye – and only takes one minute.