Two Ebola drugs show promise against the backdrop of an outbreak 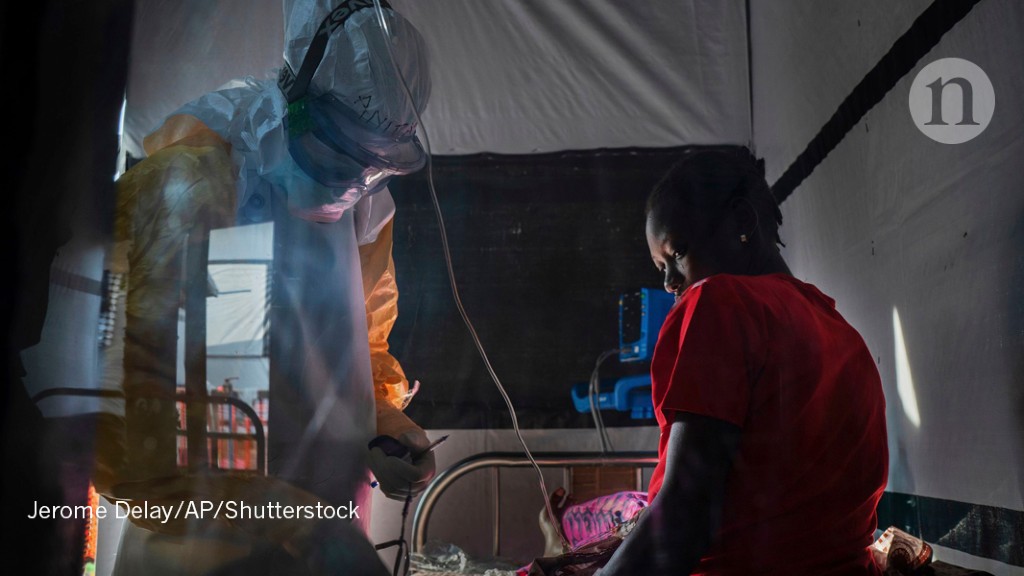 Two Ebola drugs have proved so effective in a clinical trial that researchers will make treatment available to anyone infected with the virus in the Democratic Republic of the Congo (DRC), where Ebola has killed nearly 1,900 people in the last year.

The survival rate for people who were taking or medication shortly after the infection, when their blood levels were low, was 90%.

"This is really good news," said Sabue Mulang, an infectious disease researcher at the National Institute for Biomedical Research (INRB) in Kinshasa, DRC and an investigator on the process. "We will now be able to emphasize to people that over 90% of people survive if they enter [Ebola treatment unit] early and cure this. "

One of the drugs, REGN-EB3, is a cocktail of three Ebola monoclonal antibodies manufactured by Regeneron Pharmaceuticals. The second mAB114 is derived from a single antibody derived from the blood of humans infected with Ebola in the DRC in 1995 and developed by the US National Institute of Allergy and Infectious Diseases (NIAID).

Both drugs outperformed two other experimental treatments in an unprecedented multi-drug clinical trial in the DRC, the World Health Organization, INRB and NIAID announced in a joint statement on 12 August. Preliminary data from the first 499 people in the study show that 29% of people who received REGN-EB3 died, compared with 34% of those who received mAb114.

In contrast, 53% of patients who received the remesivir antiviral drug died, as did 49% of those who received ZMapp, an antibody treatment that was tested during a major Ebola outbreak in West Africa since 2014. by 2016

Jean-Jacques Muembé, INRB CEO and co-founder of Ebola, says he hopes the results will inspire people to bring their ill loved ones to the Ebola clinics for treatment. According to the WHO, people wait an average of 5-6 days after they notice the first symptoms of infection to seek treatment at an Ebola Center.

The outbreak in the eastern DRC is the second worst ever; more than 2,800 people are infected with Ebola, including nearly 1,900 who have died. Distrust and violence in the area hamper efforts to stop the spread of the virus.

The drug trial, which began last November, has a unique design that allows it to stop and start again if attacks near Ebola centers hinder treatment or if the outbreak ends. Researchers will continue to collect test data for REGN-EB3 and mAB114 in the hope of seeking regulatory approval.

"I am in awe of what seemed to be a impossible clinical trial," says Sumati Sivapalasingam, senior director of Regeneron, based in Eastview, New York. "The team did this in such a complex emergency, and yet the quality of the data is exceptional."