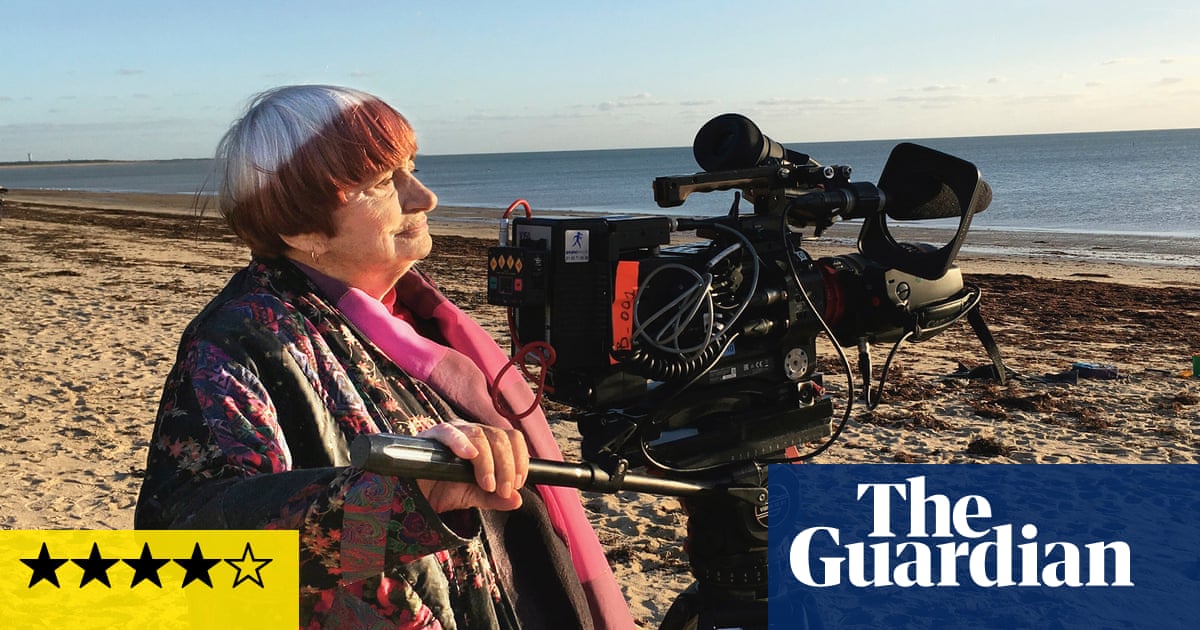 A.Gnès Varda's charming and accessible film is a semi-dramatized lecture of the lantern, autobiographical, autocratic work, utilizing footage from her talk of various events, with clips and playfully dramatic reconstructions and overlays looking back on the remarkable life and career of the director.

Maybe it's her last movie, but I do not think so. Her energy seems unsettled but quite controlled and calm, directed to a tone of calm and enticing wisdom: witty, even, gentle. She is not a grandmother, but the divine, giving wishes and turning the business into making movies seems as magically clear as to write words on a page.

We never see angry or terrible Varda – even though he talks about his fears. She was discussing the horror she had when she turned 80, and her figure looked like the front of the express train heading toward her. Now she looks amused by this fear. Even the problems with her vision are solved in bizarre, virtual comedies with photographer JR, her associate on the documentary Faces Places (2017). Only occasionally she talks about her commercials, especially her fantasy comedy "One and One Night" (1995) with her stars, and portraying a "boat scene" with Robert De Niro, a cheerful phonetic scientist French. costs only the ticket price. Despite the fact that Varda felt this disaster during the box office, she just shrugs and laughs, a little random memory.

Is Varda a tough or demanding director on the set? It's hard to believe it can be. This film features a compelling section about her work at Vagabond since 1985, starring the then 17-year-old Sandrine Bonner, both of whom now gather for this film, speaking kindly. But Bonner remembers that Varda was in place when she showed the director the blisters she had received with her method of acting to play a homeless man. Varda was condescending to these bubbles. – I had to lick them! Karyo Varda exclaimed.

Varda has always been fascinated by documentary and documentary realism: some of the greatest moments of her early masterpiece Cleo 5 to 7 just show the real people of Paris, reacting to her imaginary character walking in the streets. But Varda loves to talk about how her approach to this realism is driven by the need to compare the image with reality. She likes to interview and photograph people, show them the results of these types of portraits and then record their reactions. This is a collage effect and this film adds another layer.

She talks about her late husband, Jacques Demi, and both of them were briefly courted by Hollywood after his success with Cherbourg Umbrellas. She also speaks with great modesty about her unusual film about him, Jacquot de Nantes (1991), with his incredibly good drama on Demy's childhood. But her emotions, then and now? Enigma: they are scattered in their work.

In his late phase, Varda rediscovers his love of still photography – and rediscovers his own pictures by choosing from a remarkable personal archive built for many years. And again, it imposes, collapses, collages, creates new mysterious pictures.

The image, which returns over and over again, is the beach – the arena of timelessness. "The reverse of the wall is a beach," she says genomically: the kind of well-turned phrase that deserves to be graffitited in Paris in 1968. Two hours in the company of the director is a pleasure.